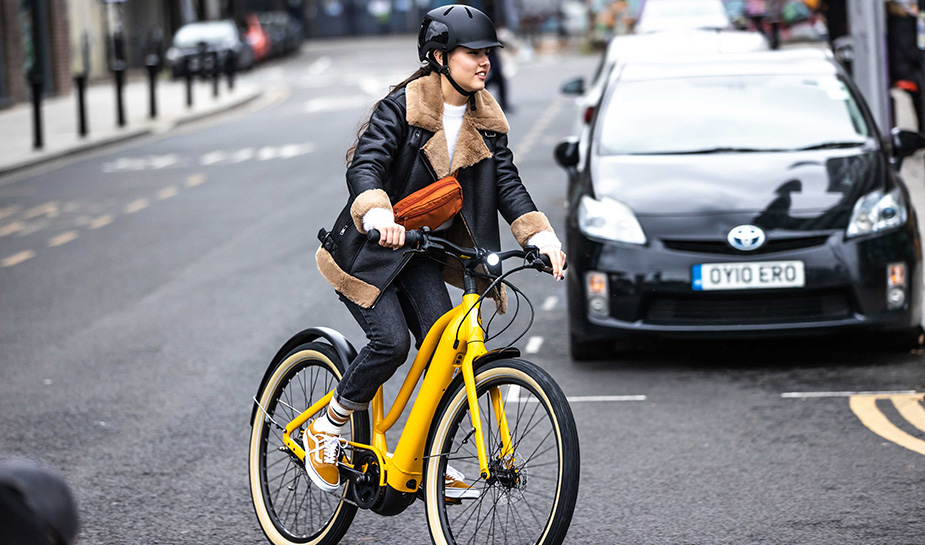 ﻿Want to ride to work? Now’s the time to find the best commuter bike for commuting to work.

If you’re looking to switch up your commute and get your own set of (two) wheels, you’re in luck, because the world of commuter bikes has really come on in recent years. Since the pandemic, so many people have decided to ditch public transport and invest in an electric bike instead, in a bid to minimise the risk of catching or spreading COVID. The demand for decent electric bikes has forced companies to up their game, so commuters can be filled with confidence knowing there’s an e-bike out there calling their name.

But it’s not just a want for personal space, safety and hygiene that has seen electric bikes soar in popularity; there are so many amazing advantages to getting on the saddle – and so many to choose from now, such as the Transend E+ and Vida E+.

A commuter electric bike will improve your health

While riding an e-bike may not be as energy-sapping or calorie-burning as riding a traditional bike when comparing distance for distance, they do allow you to get pedalling on journeys that would perhaps otherwise be considered too far on a regular bike, where you’re expected to do one hundred per cent of the leg work.

Pedal assist electric bikes are still a huge challenge for the cardiovascular system, since they require the rider to pedal rather than use a throttle for their boost of power. For this reason, they contribute massively to your overall stamina, endurance (particularly lower body and core) and fitness; and are a great choice for anyone looking to complement their existing fitness routine or to combine their workout with their daily commute, the Transend E+ and Vida E+ are great examples of bikes that can compliment this.

We also know that time spent outdoors is good for the mind as well as the body – and what better way to get your fresh-air fix than during your commute? Talk about killing two birds with one stone. Spending some time soaking up those sun rays will help to top up those vitamin D levels (your bones will thank you!), and many people also report a boost in mood after exercising outdoors. 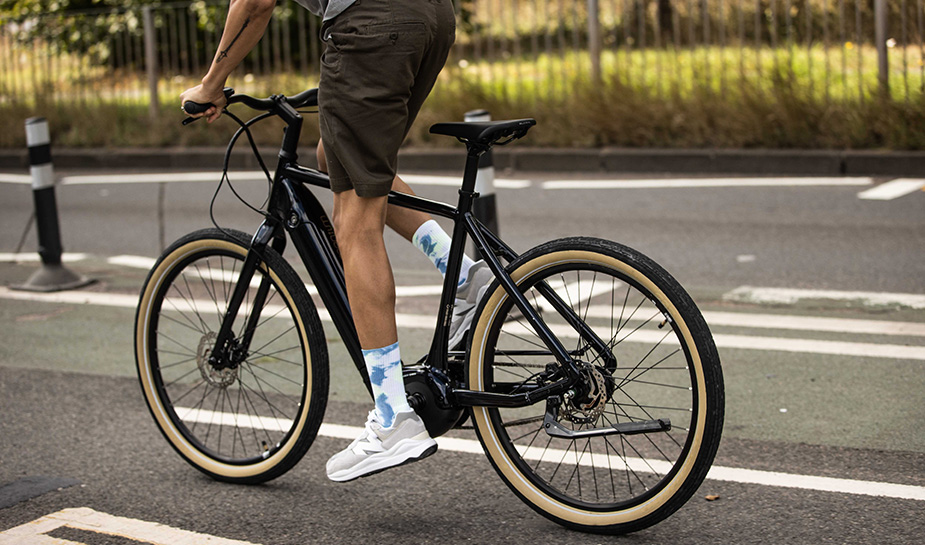 ﻿Commuting by electric bike will cut your costs

Making the switch over to an electric bike should be seen as a financial investment, too. The initial outlay might be big compared to paying for public transport, but a decent e-bike will get you through your commute year after year without the ongoing monthly costs of using public transport. And compared to the cost of driving – well it’s a no brainer!

So, if you’ve been looking for ways to streamline your outgoings, investing in an electric bike could be the right move to help you strip back on costs and work towards a smaller budget.

A commuter e-bike is a greener choice

If your workplace is too far away to walk, run or cycle on a traditional bike, then the best you can do to be environmentally conscious on your commute is to realistically reduce carbon emissions as much as possible. Electric bikes are by far the most eco-friendly option after walking, running or cycling since they do not require the use of fuel and are in fact considered a zero emissions vehicle, making them a good choice if you want to do your bit to help save the planet.

Although they require electricity to charge the battery, the impact of this on the planet is negligible, and are overall seen as having a similar positive impact on the environment as switching to conventional bikes. 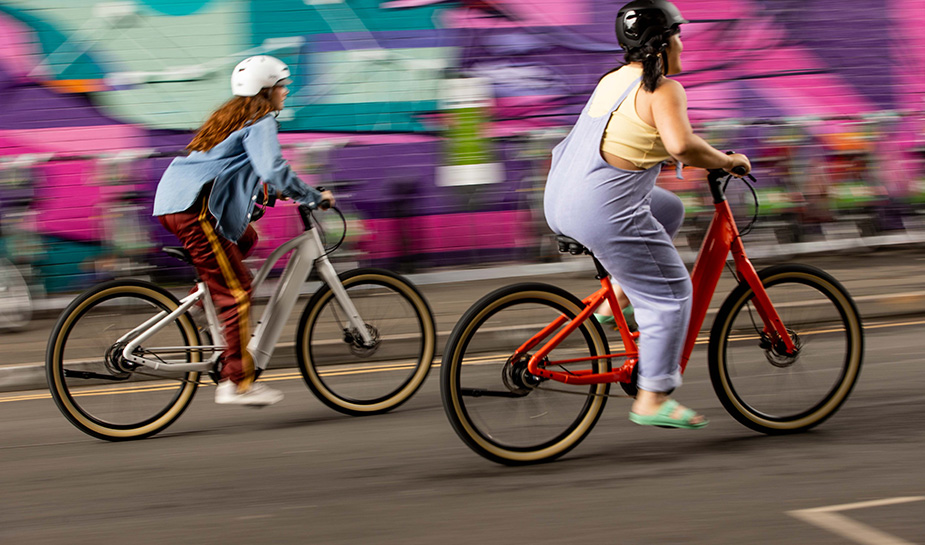 While riding a pedal-assist electric bike can be a lot more physical than some might imagine, it also helps the rider to cover a lot more ground than what would be possible on a traditional bike. This is why they are the perfect solution to help get you pedalling even if your workplace is too far to cycle to.

Most electric bikes offer varying modes of ‘assist’, so you can get as little or as much help as you need (hills, we’re looking at you!). Even if your commute is close enough to cycle to, perhaps having that little helping hand could simply make your journey that much more enjoyable and leisurely – not every commute needs to be a full-on gym session!

For those who have laptops, a change of clothes or any other heavy items to lug to and from work, electric bikes could also be the answer to help you ship your bits from A to B without it feeling like such a chore. You can carry more, further – without the stress or sweat fest. 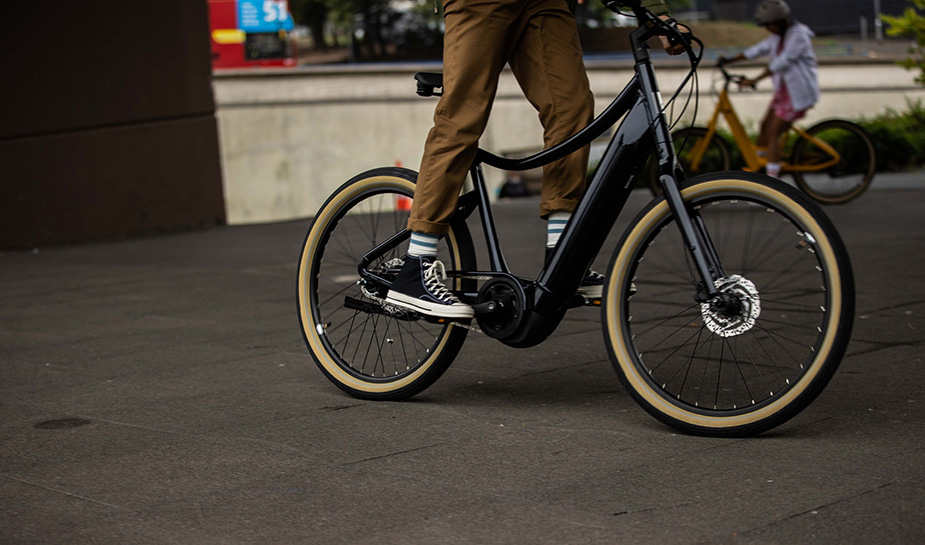 How to find the perfect commuter e-bike

Now that we’re ready to commit to our health, bank balance and impact on the planet, let’s consider what to look out for when it comes to investing in the perfect electric bike for our commute.

Look for a lightweight commuter E-Bike:

You’ll want something that not only looks the part, but feels the part too, so it’s a complete must to opt for something sleek and lightweight. You don’t want to spend your time and energy dragging a clunky piece of metal to and from work – along with all your belongings. Keep in mind that the lighter the frame, the quicker you’ll be able to zip around, which makes all the difference when you’re doing the journey almost daily. 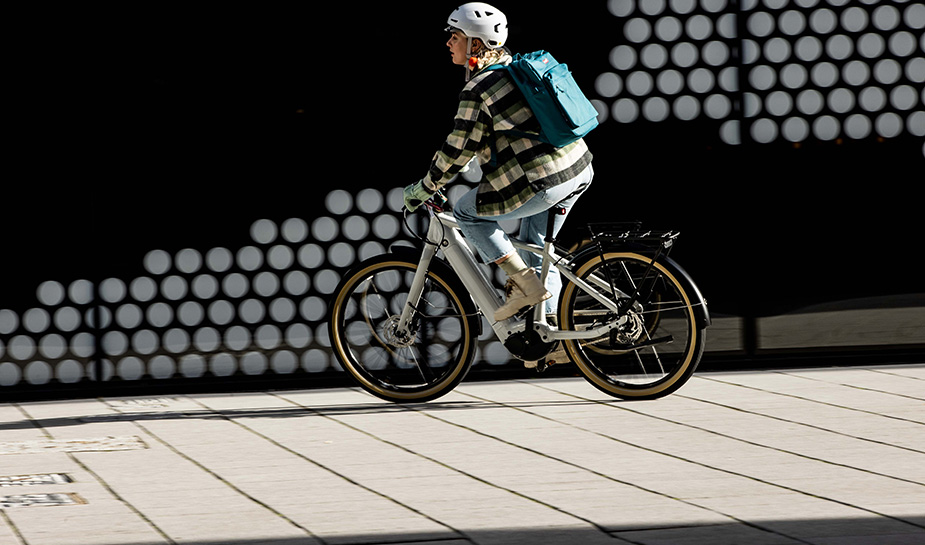 ﻿With a fast charging battery:

The speed at which your e-bike’s battery charges is also something to consider, as well as how much charge it holds. Ideally the battery would reach near-full capacity in a matter of hours, so you could leave it on charge while you work if necessary, ready for the journey back home. Nights stranded in the office on a flat battery? No, thanks. The idea of battery assisted bikes might seem futuristic, but there’s no need for them to be overcomplicated. An e-bike that’s easy to operate and boasts simplicity is what you’ll want as a commuter – quick changes between modes, easy access to the control panel and minimal functions are what you should be on the lookout for.

That is as stylish as they come!

Finally, call us shallow but the bike needs to look the part, too. You’ll be on your bike twice a day almost every day, and your commute should be enjoyable. The more you love your bike, the less of a chore your commute will be, and the better your day will be. Make sure you love the look of your bike – it matters!

The Transend E+ and Vida E+ both exhibit the points above. Not only that, but they are also compatible with front and rear racks, Vida E+ and Transend E+ mudguards and lights that provide more comfort and versatility for your daily commute.

Find out what Momentum ambassador Destiny did on her latest Autumn adventure. 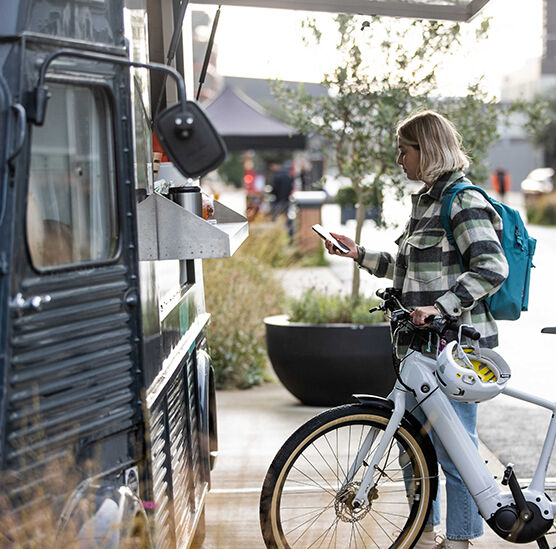 Electric bikes have long been touted as a much more environmentally friendly commuting option when compared to driving or taking public transport – but their health and wellbeing benefits are often overlooked. Summer Picnic? There's an E-Bike for that